Experiences of patients admitted for a tumour or cancer 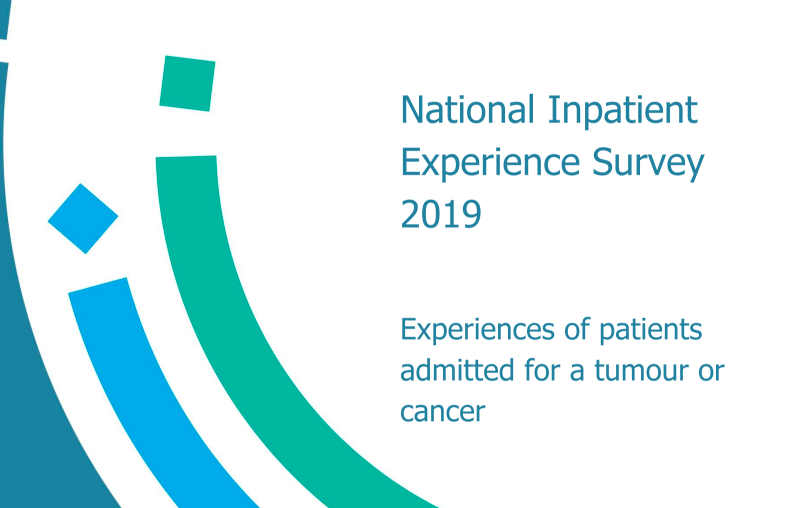 We have published a report on the experiences of 1,100 patients in the National Inpatient Experience Survey 2019 whose main reason for attending hospital was a tumour or cancer diagnosis.

The majority of patients who were admitted for a tumour or cancer reported positive experiences in hospital, with 88% saying they had a good or very good overall experience.

Confidence and trust in the hospital staff and feeling like they were treated with respect and dignity during their time in hospital, were among the highest scoring questions on the survey for patients admitted for cancer or tumour.

Read the report in full here.

You can find out more about the cookies we use, or switch them off, in settings.

This website uses cookies so that we can provide you with the best user experience possible. Cookie information is stored in your browser and performs functions such as recognising you when you return to our website and helping our team to understand which sections of the website you find most interesting and useful.

Strictly Necessary Cookie should be enabled at all times so that we can save your preferences for cookie settings.

If you disable this cookie, we will not be able to save your preferences. This means that every time you visit this website you will need to enable or disable cookies again.

Please enable Strictly Necessary Cookies first so that we can save your preferences!

Please enable Strictly Necessary Cookies first so that we can save your preferences!